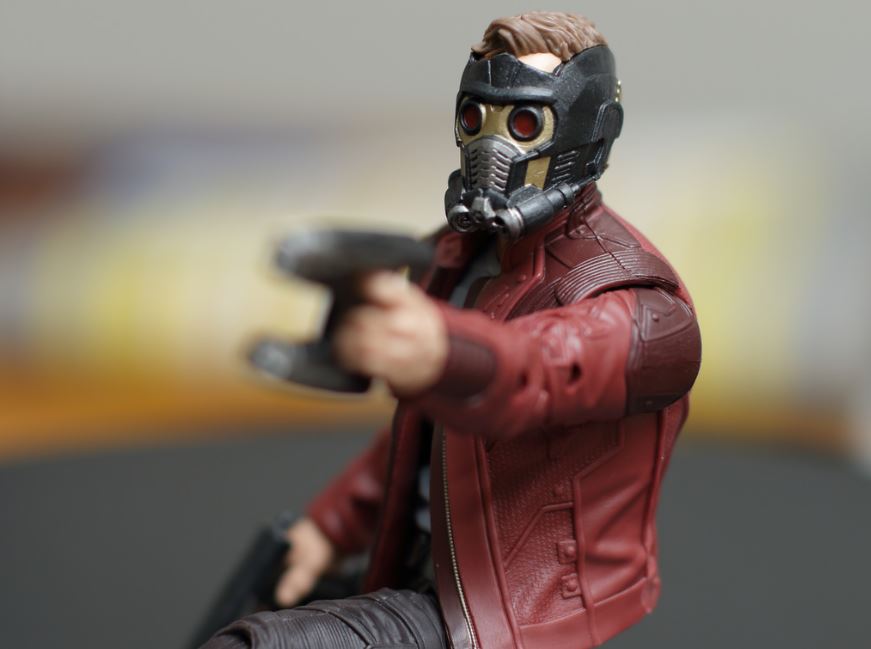 Within a team, leadership can be clear cut – there’s a definite need for the team, there’s definition of team roles and there’s someone who guides and supports the team to success – the leader. But what happens when the lines are a little more blurry?

In 2014 the Marvel Cinematic Universe brought to the screen a modern variation of a team that had been around since 1969 in the world of comics. This was seen to be a gamble at the time, but went on to earn nearly three quarters of a billion dollars at the box office, alongside bucket loads of awards. The gamble that paid off massively? It was Guardians Of The Galaxy, a once niche part of the Marvel comic universe which became a household name.

What was the concept that was seen by so many to be so risky?

Imagine a team that’s been hastily cobbled together with a single purpose. That purpose being to escape the Kyln Prison where they have all been imprisoned for a number of different crimes. Now imagine that team consists of Gamora, the deadliest woman in the galaxy, Drax, determined to avenge the death of his family at the hands of Thanos (see our first blog for more detail on him), Groot, a Flora Colossus (or giant talking tree to you and I!) whose speech is apparently limited to “I am Groot”, Rocket, a genetically altered creature with cybernetic implants who just happens to resemble a talking raccoon and finally Peter Quill, the legendary Star-Lord (self-named) originating from Earth and stuck in the music of the 1970s and 80s! (The team had a later addition of the telepath Mantis, and quasi-members Nebula, Gamora’s sister and a cybernetically-enhanced being and Yondu, with the ability to control a special arrow through is whistle – adding interesting new dynamics!)

With a team like this – one that’s forged with a clear initial purpose, but where each team member has very different personal agenda – clear leadership is key.

Who actually leads these Guardians Of The Galaxy?

In any team model or theory, clear leadership will always be cited as essential. The leader needs to have the ability to flex their style to meet the needs of the individuals in the team, they need to have the courage of their convictions to help drive the team forward and they need to be clearly identifiable as the leader. So who is the clear leader here? Interestingly this team would appear to have two leaders constantly vying for the position – both Rocket and Star-Lord would name themselves as the leader. What does this lack of clarity mean for the success of the team?

Have you ever worked in an organisation where there appear to be two people attempting to lead a team, or indeed the organisation itself? I worked with one company where there were two MDs who commented that, at times, it was a bit like “if mum says no, I’ll go and ask dad” and they acknowledged that when they weren’t aligned their own senior leadership team struggled … as potentially did the rest of the organisation. And we see this with the Guardians, the challenge of having two impulsive leaders often leads to major challenges, and when success happens it feels more by chance than design.

Film by film, situation by situation the lack of clear leadership leads to problems. In the second Guardians movie the team are looking to outrun the warships of the Sovereign and they need a clear direction from their leader, who needs to pilot their spaceship through a quantum asteroid field. Either Rocket or Star-Lord is more than capable of the task – we have two very competent, skilled pilots – leaders who are experts in their field. However, their lack of agreement of who is the leader in this situation leads to them both trying to take control, the resulting confusion leading to catastrophe – in this case their spaceship being shot down. In the real world the confusion could also lead to a real, negative, impact on an organisation.

This theme continues in Infinity War when Thor (you’ll find out more about him in a future blog!) turns to Rocket and says “I assume you’re the captain, sir?”, to which he replies “you’re very perceptive” which in turn, over a few lines of dialogue leads to Star-Lord commenting “except for that I’m the captain”. This confusion ultimately leads to the team splitting in two – which is very convenient for the plot line of the movie, but in real life would cause disharmony, lead to conflict and would likely see opposing goals and actions being attempted. How often does the lack of alignment of our own leaders lead to splits – and how often are we confident enough to challenge this?

Even if there are two leaders, as in the organisation mentioned above, and they are able to work more cohesively together than Rocket and Star-Lord seem able to do, what does the impact of two contrasting leadership styles mean for team members? We see this contrasted in the way that both Star-Lord and Rocket approach planning. Rocket seems to have a well thought plan – usually broken down in easy-to-follow steps. Unfortunately, these steps do not always seem that logical and often involve artificial body parts (“I need that man’s prosthetic leg”, “And that guy’s eye”) … so a leader who gives clarity, but it doesn’t make sense. On the other hand, Star-Lord is not a great planner, often having as little as ‘12% of a plan’, although challenging the plans of others openly, as he does with Tony Stark/Iron Man, in Infinity War.

So two styles, but neither overly effective – is it possible that two leaders who both have weaknesses could work together to be more effective as a pair? Well, the simple answer is yes, if their weaknesses are different and their strengths complement each other – as was the case with the joint MDs mentioned earlier.

With both Star-Lord and Rocket we also see impatience, passion and a desire to get things done. Seemingly great traits in a leader, but again only if there is the right focus for this passion. What if the leader’s focus is different from the rest of the team, what if they let their own passion overtake the needs of the many? In Infinity War we saw that this led to serious consequences – where Star-Lord’s personal passion (concern for a team mate) led to one of the major plot points of the movie (spoiler alert!), the lack of gaining control of the Infinity Gauntlet from Thanos – which led to a disastrous finale to the film.

And is it really that much different in the real world, can the leader’s tunnel vision, backed with a strength of personal conviction similarly led to disaster? In one business I was aware of the answer was definitely ‘yes’, where a successful business ended up folding due to an inability of the leader to recognise the consequence of a series of actions.

So what can we gain by looking at the way the Guardians Of The Galaxy are led (or how they are not led!)? We can recognise the importance of a clear single point of leadership, or the need for two leaders to gain agreement and be consistent in how they work together, for the good of the organisation. We can recognise the real need for the leader to have an effective style (or balance of styles) if they are going to be successful in guiding a team to success. And we can acknowledge that while passion is important, that passion needs to in support of a clear, shared direction.

So, are you a Star-Lord, a Rocket or a more balanced style of leader?