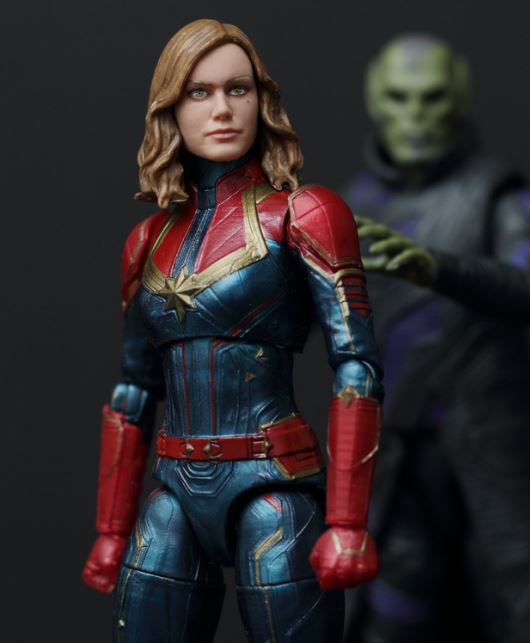 What would happen if you were consistently discouraged from using your strengths? Maybe you’d always be trying to prove yourself, and failing.

What would you start to believe about yourself if you didn’t know your own history of how you came to be who you are and where you are? That there is no place for you anywhere.

Vers (Captain Marvel), is this person for a good portion of the film. She doesn’t know her own backstory, she has unexplained powers which she is stopped from using and is always trying to prove to herself and others that she has got what it takes. Whatever “it” is.

The film is a psychological odyssey of a leader’s rise to power.

Vers has spent 6 years living with the Kree, a powerful race of “noble warrior heroes” at war with the Skrulls. She has been taken in as one of them, and even been given a Kree blood transfusion. As far as Vers knows she is a Kree.

Her time there is one of confusion – amnesia and patchy dreams serve to agitate Vers and make her restless. All the more so when her natural inclinations to use her powers and to fight by using her intuition are denied.

“Control your impulses” she’s told, as a knock-out blow is delivered in combat training, “There is nothing more dangerous for a warrior than emotion.”

All Vers wants is an opportunity, to be given some responsibility, to know that her mentor and commander Yon-Rogg believes she’s got what it takes to be a reliable and strong member of the StarForce team. But she keeps getting told by Rogg, “You’re not as strong as you think.”

Carol Danvers – the human she was

The patchy dreams and amnesia hide a truth Vers isn’t aware of – she’s human; Carol Danvers, a fighter pilot with the US Air Force. When the memories are triggered and come flooding back, she remembers a lifetime of being knocked down and told that she wasn’t good enough. Of being told by her father that girls weren’t meant to do certain things, of being told by an obnoxious fighter pilot, “You do know why they call it the cockpit?”.

Yes, she is unafraid in combat and a very quick learner, but suffers knock-back after knock-back and has no anchor to hold on to – Danvers is confused. She has powers she doesn’t understand, she has no family, her identity is in tatters.

It’s only once she reclaims a long-lost connection with her best friend, Maria Rambeau, and establishes a stronger emotional core that Danvers starts to regain her self-belief. We all need someone to cheer for us and Rambeau does just that. “You were the most powerful person I know long before you could shoot fire out of your hands.

Captain Marvel – the hero she’s meant to be

Missing from the myriad memories Danvers has of failure is that she always stood back up, despite the negativity exuding from her father, other children and later from fighter-pilots. And it’s the closing of this gap that really unleashes the strength she’s always had.

She embraces her power, shows she has nothing to prove to anyone, not even her mentor Yon-Rogg, and sets out to end an unjust war.

The leader we need

What Captain Marvel shows us is that it might take years before we are fully able to accept and embrace our strengths. But that quitting is not an option if we want to make a difference. She is a beacon to those around her, inspiring awe and fear in the right amounts amongst the right people.

The film gives us everything we’ve come to expect from the Marvel Cinematic Universe, from thrills to humour, tying up some loose ends and leaving others frayed to make sure we head straight back to the cinema upon the next release.

But what the film really shows us is how we all need a few simple (but not easy to find) things as we discover our inner leader and step up to the challenge:

With the Endgame in sight, Captain Marvel is the noble warrior hero we need.