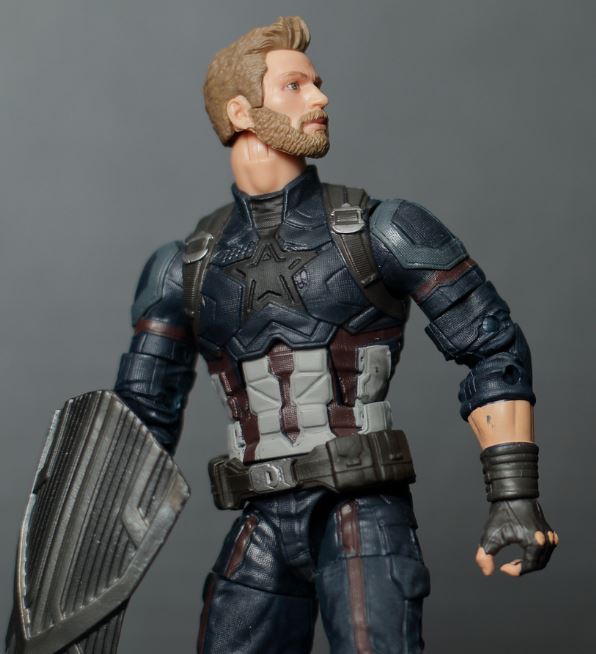 Can ‘old style’ values help a leader in the modern world? What happens when someone who has been ‘out of it’ for some time returns to an authority role? How will people react to the clash of the old world and the new? To a leader whose years of achievements are undeniably great, but are also a long time past?  To someone whose values are so traditional that they frown on ‘cussing’?

In the MCU (Marvel Cinematic Universe) none of this seems to be an issue, particularly when that leader is Steve Rogers, none other than Captain America, and his absence from things has been down to being literally frozen in time – for 70 years!

In our latest blog we explore some of the traits that made Cap a great wartime leader and consider whether they hold true years down the line when the world is a very different place.

Arguably Steve Rogers has two story arcs across the films he features in. The first is his struggle with rejection from the army and his desire to fulfil what he sees as his need to serve his country in the war effort. This presents us with a Steve Rogers who demonstrates great perseverance against a number of odds in Captain America: The First Avenger (Cap’s first full MCU outing).

The second arc is his journey across a number of films to become one of the core members of the Avengers before leading a splinter group of Avengers after the split in Captain America: Civil War, and ultimately to being one of the survivors of ‘the snap’ in Infinity War (see our Thanos Blog for more on that!)

Heeral’s blog on Captain Marvel highlighted perseverance as a leadership trait and the struggle that people can face when surrounded by others who seem only want to hold people back – and for Steve Rogers this was similarly true. Wanting to do his bit for the war effort, but ridiculed for not being the strongest specimen, he got through things partly with the support of his good friend Bucky Barnes (the friendship he had here helping Steve on his journey and also serving as a redeeming factor for Bucky himself down the line).

But his own perseverance shows through strongly, whether it’s through his determination in a street brawl (uttering the classic line ‘I can do this all day’ that we hear more than once across the films) or his struggle to be a part of the war effort.

It’s the latter which ultimately sees him take the ‘super soldier serum’ to transform him in to the heroic figure of Captain America we all know and love now.

Arguably the more interesting arc, or at least the one that is only really explored through Cap’s tale, is that of a leader out of time. A man frozen in time for 70 years who wakes to find that pretty much everyone and everything he knew is gone. What values and approaches does a leader of old bring to the party?

Well, Cap is very principled and has strong values that include a strong sense of right and wrong – arguably values that were more commonplace in the 1940s than they appear to be today. He comes from a time when leadership was definitely from the front and was very much of a ‘command and control’ type approach – born, as the character was, in the midst of a global war.

For Cap, leading from the front implicitly means not allowing others to head into danger. He’s unafraid to make sacrifices for the greater good, as evidenced in his willingness to make what was potentially the ultimate sacrifice to stop the plans of the Red Skull in The First Avenger.

Let’s look at these, and other factors that make Cap a standout hero in a team that is not short on superpowers, egos and hero qualities.

Each of the Avengers brings something to the group that is unique to them, more than just their super-powers – Tony Stark (Iron Man) brings his intelligence and his ego, Bruce Banner (Hulk) brings a similarly high level of intelligence and a calm, level headedness (which highlights a certain irony knowing that the Big Guy lurks inside the man), Natasha Romanov (Black Widow) brings the world of espionage and all the tricks that go with that, but also a unifying and mediatory presence to the Avengers team … and Steve Rogers brings a set of strong core principles, an unwavering moral compass and the confidence to portray these even in the face of terrible danger and conflict.

We see this in its simplest form when, in the heat of battle, Iron Man utters an expletive that Cap counters with a chastising ‘Language’. It is evident at a deeper level in his refusal to sign the Sokovia Accords (basically a superhuman registration act) because he fears that to do so would compromise the Avengers and place their powers in the hands of people who may lack the moral fibre to use them for the right reasons.

This strength of conviction also extends to a strong sense of loyalty to those around him, specifically repaying the decades-old favour to Bucky Barnes (in his guise as the Winter Soldier) by siding with his oldest friend against his teammate Iron Man in Civil War.

The combination of both these latter decisions cause a rift between Stark and Rogers that, in Infinity War, remained unresolved – though if the trailer for Endgame is anything to go by, perhaps the brief exchange between Stark (‘You trust me?’) and Rogers (‘I do.’) suggests forgiveness is also a trait to emulate.

As an aside, Cap’s willingness to make personal sacrifice for something bigger reveals a further leadership trait in that he doesn’t necessarily expect the same of his teammates – this is almost the opposite approach to some leaders who expect more of others than they do of themselves.

We see this characteristic repeated across many of the films Cap features in. In The First Avenger he makes the ultimate sacrifice, staying at the controls of the Red Skull’s plane to ensure its payload avoids any populated areas – saving millions of people in the process but (seemingly) at the cost of his own life; in Civil War he leads his team of Avengers in the battle against their former teammates, never shirking his responsibility; and in Infinity War it is Cap (alongside Black Panther) who takes the fight to the invading alien Outriders, sprinting to the forefront of the action.

Yet interestingly when one of his teammates, Vision, suggests making a sacrifice that Cap himself has already made he considers it a sacrifice too far and even tries to talk Vision out of it (‘We don’t trade lives.’).

In turn, this seems to inspire others, with the Vision potentially sacrificing himself to save Cap’s life.

Across all the movies we never doubt his strength as leader in a team of strong personalities – others in the Avengers seem to naturally look for guidance and defer to his experience. We’ve already talked about how he demonstrates this in Infinity War, and in Avengers Assemble we see him take charge during the Chitauri attack of New York, whilst in Age of Ultron he gives a rousing speech when preparing for the battle with Ultron over Sokovia.

Inspiring through leadership seems to come so naturally for him it’s no great surprise to see the Endgame trailer showing Cap appearing to lead the newly uniformed team to face off against Thanos.

So what can we learn from the Brooklyn Boy who overcame challenges to become one of the best known heroes on the planet?

We can look to Captain America to inspire us to consider the depth of our own values and whether we are both true to them and can inspire others to echo them.

We can look to Steve Rogers as a great example of the importance of perseverance to overcome adversity.

Looking in on the Avengers, we can see the positive impact Cap can have on his peers and colleagues, whether to inspire others towards a common goal or purpose, set forth a clear strategy or to resolve conflict (who else could break up a fight between Thor and Hulk?!)

If we look closely enough there is something that all of us, as leaders, can draw from the actions and deeds of Captain America – the question is, which of them would you take?

Your fate as a leader is in your hands. The fate of Steve Rogers/Captain America, on the other hand, sits in the gauntleted hand of Thanos and can be seen in Avengers: Endgame at all good cinemas now!