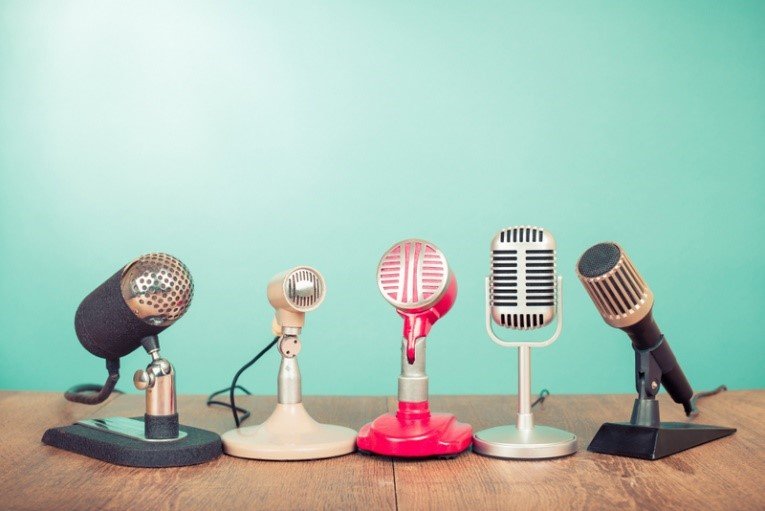 Every now and then I come across a person who actually says what too many people still think: that conversations about Inclusion and Diversity are simply the by-product of self-righteous types sucking the fun out of everything and wrapping the world in the cotton wool of political correctness.

Well let’s put that to bed right now, because being inclusive is not the same as being politically correct.

Here are some examples which explain what I mean.

Later that day, I went down a Google rabbit-hole to find out what was going on, and came upon this post by Epilepsy Action:

“The word ‘brainstorming’ is not offensive to the vast majority of people with epilepsy, according to a survey carried out by Epilepsy Society in 2005.

The word has been used since the 1940s to describe the method of problem-solving or generating ideas where all present at a meeting make spontaneous suggestions. In the last year, it has been reported in the press that both the Welsh Development Agency and the Department of Enterprise, Trade and Investment in Belfast have deemed the word brainstorming to be politically incorrect, with ‘thought-showers’ suggested as a suitable replacement.

In separate research, we asked for the views of people with epilepsy on the matter. One commented: “I have no objection whatsoever to the term brainstorming. I am sure the public do not, in any way, associate this with epilepsy so why should we?”

Our view is that it depends upon the context: if the word is being used to describe a meeting where participants are suggesting ideas, then its use is not offensive to people with epilepsy. However, it should not be used to describe a seizure or the electrical activity within the brain during a seizure.”

When the group who is affected, or is being spoken for by others, says there isn’t a problem then we can drop the issue. Banning the term brain-storm is a distraction from the real issue of discrimination faced by people with epilepsy and other neurological conditions.

Torie Robinson, speaker and consultant, has this to say…

“Being afraid to use the term “brainstorm” – in reference to a group activity technique used to generate ideas – for fear of offending those affected by epilepsy…is, to me, ridiculous. It’s so silly in fact; I cannot even refer to it as “political correctness”. “Brainstorming” is not a term used in reference to those with epilepsy within the medical (epileptology) sphere, or within patient epilepsy communities. It has no negative connotations.

As the Epilepsy Society has said: “This type of political correctness singles out people with epilepsy as being oversensitive and easily offended”; and I agree. Indeed, I would say that this type of irrational thinking “does my head in”… but, maybe I shouldn’t…”

Who am I to tell a Black person that I should be able to use the n-word if I want to, just because I hear it in music created by Black people. What are we saying at that point? That its use in one context legitimises its use in another? For well over a hundred years that word has signalled “Danger! Danger! Violence, suffering and imminent death is around the corner!” And it still does in many situations. I’m not surprised Black people don’t take kindly to it being used flippantly, especially when we know it is still being used as a slur against them.

Slurs are rooted in hate and violence. It becomes our duty to listen to the people who are affected by them and then shape our shared environment to reflect what we hear back. That is inclusive, not politically correct.

I’m not going to speak for the other 14 women in the room, but I did see some less-than-positive looks being exchanged.

Why might that be? In 2018 the Office of National Statistics in the UK released survey results indicating that 20% of women over the age of 16 have been subjected to a sexual assault or rape in their lifetime, and 4% of men. So that would be three women and one man in that room. A little less funny now, don’t you think?

Is it inclusive or simply politically correct to ask that people don’t make rape jokes and make light of a horrendously traumatic and life-altering event? Situations like this can be highly re-traumatising.

I hope these examples serve to show that we need to listen to people affected by the words we use. That is the starting point in dismantling bias and creating more inclusive environments.

We are social beings and our social structures need to uplift us, not break us down.

When Bias Creeps In

The Financial Times recently published an article describing how emotional intelligence will become more valuable as AI takes over. Robots may become better at many cognitive tasks but remain bad at others: creative problem-solving, empathy, negotiation and persuasion

The author makes a valid point:

And then ends the article with this whopper:

We could start by changing the language we use. For too long we have talked about ‘soft skills’, with connotations of femininity and a lack of rigour. Let’s call them what they are: ‘robot-proof skills’ that neither men nor women can afford to face the 21st century without.

The connotation of femininity shouldn’t be seen to be so off-putting that we need to change a term to make it more palatable. A term for an essential skill no less.

Rather than change what it’s called, how about we simply make the development of emotional intelligence a requirement, a skill that all people would do well to develop and should develop? That it isn’t already is mind-boggling enough.

It’s easy to see how bias can creep into our thoughts, our writing, our actions. We’re hard-wired to be biased because it speeds up our thinking, enabling us to assess threats and react quickly, subconsciously. We learn our biases during our formative years, through the messages we’re exposed to – it’s a necessary human trait. But we’re not hunting wild animals anymore and we already know the stove is hot, so yes, unconscious bias exists, but maybe it doesn’t serve us as well in the workplace.

Let’s take Lean In, by Sheryl Sandberg as an example. This best-selling treatise, written by a highly-educated, multi-millionaire, gave women many tips on what they can personally do to succeed in the workplace. From negotiating more effectively (an essential skill) to how they decide who they marry (yes, really). Lean In put the onus to succeed fully on women, painting corporate America to be a benevolent and meritocratic place in which to exist.

There was no true acknowledgement of institutional, federal and socio-economic barriers to success, a fact later acknowledged by the author. These barriers can’t be denied. For example, did you know American mothers are entitled to zero weeks of paid maternity leave under federal law? That’s a governmental barrier. How egalitarian do we think corporations are?

So, is a woman’s success dependent only on her choices, or is there a part that organisations need to play? From understanding the double labour many women have to put in (the often unequally split workload at home which sits on top of the day job), to dismantling the biases that lead to nearly 33% of UK bosses admitting anonymously they wouldn’t hire a woman because she might get pregnant, 15% admitting to having broken sex discrimination laws and 37% saying they would advertise men-only jobs if the law permitted it. (Slater Gordon Survey)

How’s this for an unpopular truth – many biases aren’t unconscious, but let’s just keep pretending that they are, shall we? It’s easier to swallow, right everyone? And whilst we’re hiding under the unconscious bias blanket, we can accuse anyone who speaks up of being politically correct and simply out to take away all our fun.

What is it to be inclusive?

To be inclusive is to:

No lie – this is hard and intimidating work. It requires introspection and the will to listen to others. What we discover and hear might make us uncomfortable. And so, it’s that much easier to fob all this off as political correctness – it’s gets us off the hook and we don’t have to confront those uncomfortable truths that other people have to live with on a daily basis.

Truths which tell us some groups do have it harder than others no matter how much work they might put in as individuals (such as those suffering from mental illness, those from poorer socio-economic backgrounds, those from different racial backgrounds, or those people whose experiences span several of those and other groups).

Inclusion is always an informed behaviour. Throwing around blanket accusations of political correctness, on the other hand, are actions that are almost always born of pig-ignorance. And when all is said and done, ignorance, whether porcine or otherwise, has never been much of a poster child for positive change, has it?